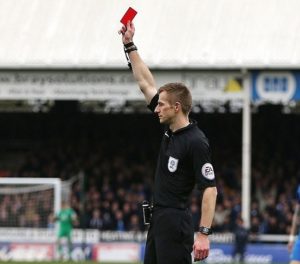 This coming season the Premier League, as well as the Football Leagues and other cup competitions are to implement yellow and red cards for abusive managers who have difficulty following standard conduct on the touchline. There will now be alternate penalties for bosses who cannot follow proper conduct in the FA Cup, League Cup, and Football League.

Automatic suspensions will now also be applied to bosses who incur a yellow or red card. Premier League managers will be subject to disciplinary actions as the bosses but will be given verbal warnings instead of being flashed with yellow or red cards.

What behaviors will merit such penalties? When it comes to certain suspensions, the policy will apply to all domestic competitions and will also not require a cut-off date. This new experiment aims for improvement and a sense of transparency among players, bosses, managers and other coaching staff involved in matches.

This new system shall be applied to more than 100 football clubs in Europe, starting with the FA Cup to the EFL Trophy.

Gaining two yellow cards in a match will lead to the manager getting a red card, which eventually sends them off the stands. The following penalties will incur the following misconduct charges:

The International FA Board (IFAB) was the ones responsible for these changes. They curated and successfully tried it in other countries which worked wonders and is something that was curated in the hopes of dealing with repeat offenders.