The stakes have been raised in the attempt to create the ultimate World Cup campaign between Nike and Adidas. The German sportswear company has released their sponsorship deals with big football stars and other athletes for the World Cup advert. The rivalry between Nike and Adidas has been alive and kicking for several years now, but with Nike yet to release their World Cup ad, Adidas has raised quite the bar. Brief cameos of Jose Mourinho and Zinedine Zidane were also seen in the ad, with heavy hitters Mo Salah, Paul Pogba, Luis Suarez and other big industry names like Von Miller, Stormzy, Karlie Kloss, and Pharell among others made appearances in the campaign.

The advert gives off a charged and fast-paced prep that takes place before the big world event. Midfielder Paul Pogba was one actually had the most important role in the ad of controlling the official World Cup ball. He was also sporting the brand’s new Predator Tango 18+ Street trainers.

Giving Pogba the central role of the ad also established a sense of irony because of the endless criticism he has received from the French press. What makes it more entertaining is his flawless control over the Telstar football in spite of being in poor physical form. 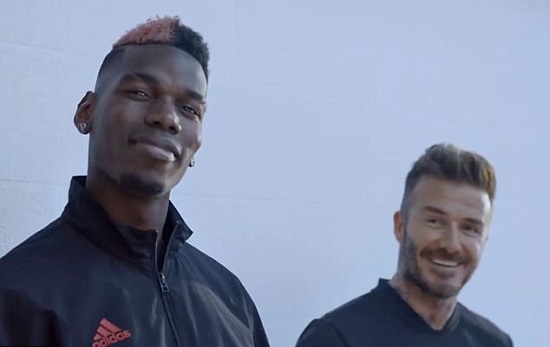 The advert ends with Pharell channeling a power pose, embodying A$AP Ferg’s repetitive proclamation throughout the ad, “Creativity is the answer.”

The World Cup 2018 will be held in Russia on June 14 with a match between Saudi Arabia and Russia. The final match will be held on the 15th of July with highly anticipated fans all over the world counting the days down and highly intense players and staff preparing for the big world event.